A response from Wales to the news of the

eviction of a family from their home in Tekels Park 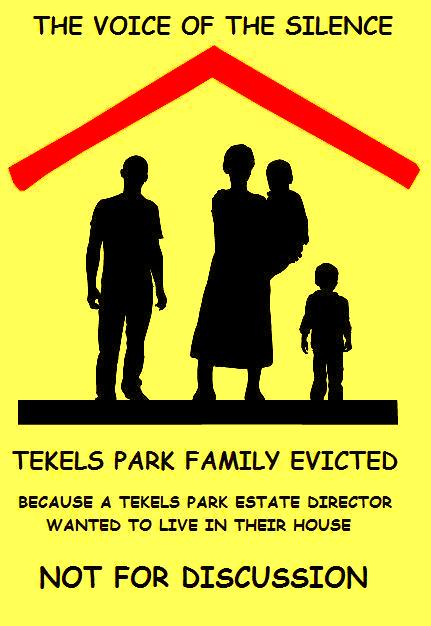 Homelessness is about more than rooflessness. A home is not just a physical space, it also has a legal and social dimension. A home provides roots, identity, a sense of belonging and a place of emotional wellbeing. Homelessness is about the loss of all of these. It is an isolating and destructive experience and homeless people are some of the most vulnerable and socially excluded in society.

Cardiff Theosophical Society has always been concerned about homelessness and housing issues and through its charitable wing, the Cardiff Theosophical Order of Service has offered help for the homeless each winter by organising collections of warm clothes, sleeping bags and food etc for the Wallich Clifford homelessness charity who have projects and shelters throughout Wales.

Several Theosophists in Cardiff have been involved housing advice and other charity work for the homeless and the eviction of a family from their home in Tekels Park, Camberley, England because a Tekels Park Estate director wanted their house for himself is an emotive issue here. We are appalled that a Theosophical organisation is responsible for this action and that news the eviction has been kept from the membership of the Theosophical Society in England. Many England National Council members did not know about the eviction until news reached Wales.

As news of the eviction has become known, the matter has been raised by England members with the leadership but appears not to be for discussion and no acknowledgement has been made of the distress and suffering caused to the family. This dismissive attitude is in stark contrast to that of other Theosophical groups around the world, for example the Theosophical Order of Service in the USA supports Joseph House in Washington DC, which is a hospice for the terminally ill homeless in addition to supporting shelters for the homeless as part of its Social Service policy. The International Theosophical Order of Service presents working in soup kitchens for the homeless as one of its core activities in its “Ideal of Altruistic Service” declaration and in Brazil and Tanzania they distribute warm clothes and blankets to the homeless every winter which is similar to our policy in Wales. Australia provides support for refuges for homeless women.